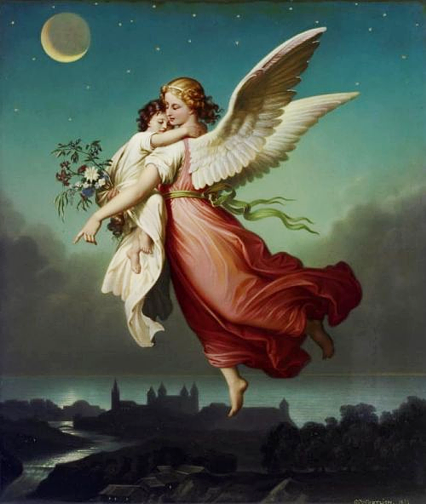 A cameo image that might easily be seen as a simplified version of Night, as depicted by Bertel Thorvaldsen, is based on this painting by Wilhelm Von Kaulbach, The Guardian Angel.  The Angel has in her charge a single child, cradled in her right arm.  She points to the world below with her left hand while carrying flowers in her right.  Unlike Night, she has no avian companion.

She seems to appear more frequently on whole helmet shell decorations and lamp shades.  She would have made the perfect nightlight for a young child's bedroom. 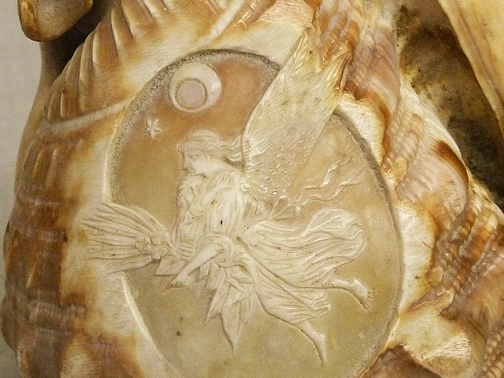 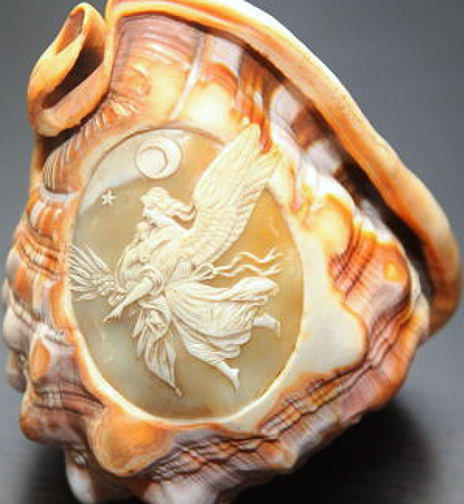 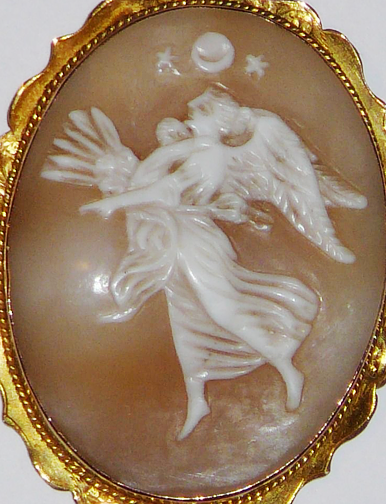 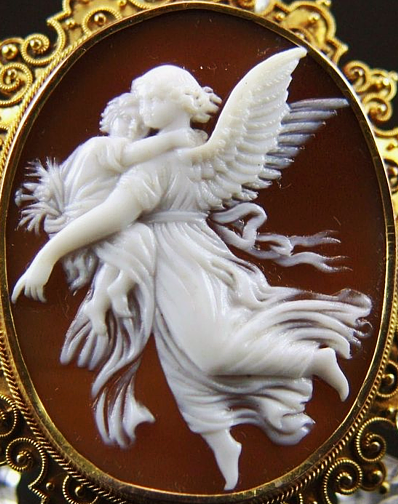 She appears less frequently in jewellery, with the quality of carving being highly variable. 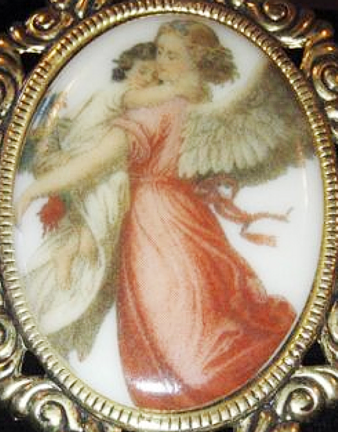 Another jewellery presentation is this porcelain piece.