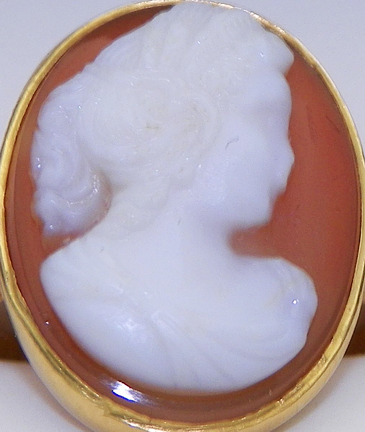 The eBay seller of this cameo ring also acted as his own GIA (Gemological Institute of America) certified appraiser and assessed the cameo as being shell.  This is an example of damage being informative: one never sees the nose knocked off of a shell figure without there also being damage to the background; such traumatic rhinoplasties are more the rule than the exception for hardstone cameos set in rings.  The other features that distinguish this hardstone piece from shell will be covered in those sections. 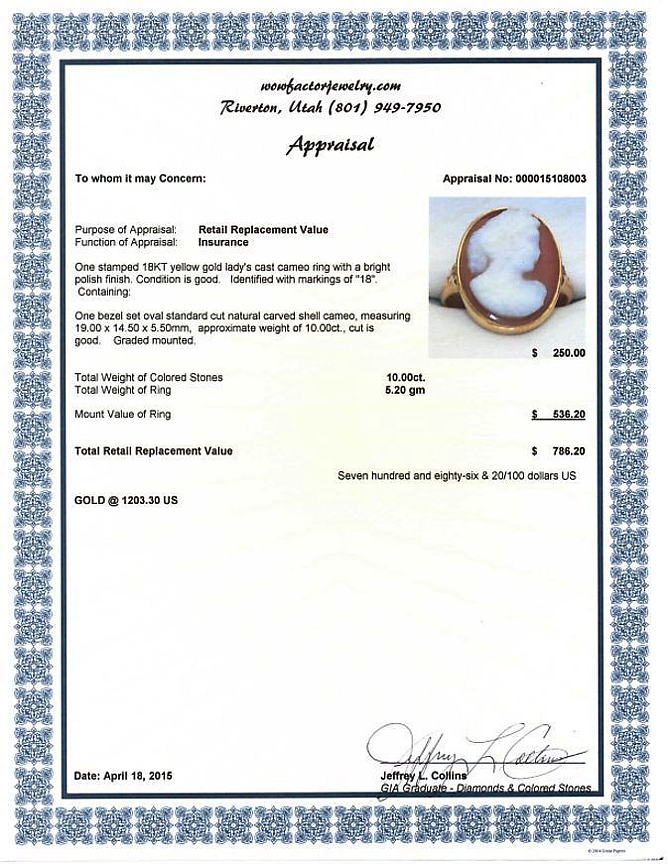