In the Biblical First Book of Samuel, we are told that a man had two wives, one of whom bore him many children and one of whom, Hannah, was barren.  Even though the man tried to reassure Hannah that he nevertheless loved her deeply, she was increasingly despondent over her inability to give him children.  One year, during the family's annual visit to pray at Shiloh, the ancient capital city of Israel, Hannah poured out her woe and her desire in supplication.  Her distress led the priest to believe she was drunk, but upon learning the true nature of Hannah's fervent, silently mouthed prayer, he told her that what she asked would come to pass.

And so Hannah conceived.  When it came time for the next annual pilgrimage to Shiloh, Hannah declined to go, promising instead that once her son, Samuel (one meaning of which is "heard by God"), had been weaned, she would bring him to Shiloh and dedicate him to the service of the Lord for all of his days.  This she did, and Samuel lived with the priests from very early childhood.  The little boy kneeling in prayer occasionally seen on cameos is based on a figurine by the porcelain maker Minton that imagines Samuel at the beginning of a career that will include selecting the kings of Israel.  Here he is "The Infant Samuel at Prayer". 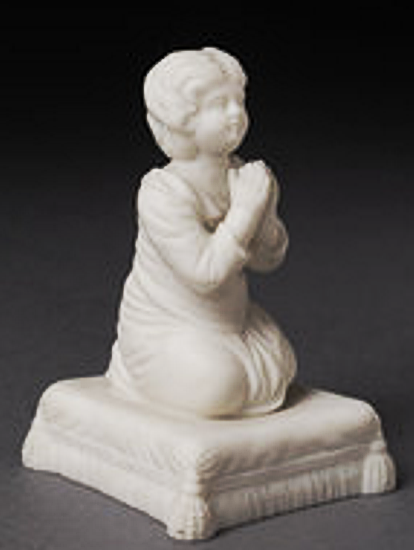 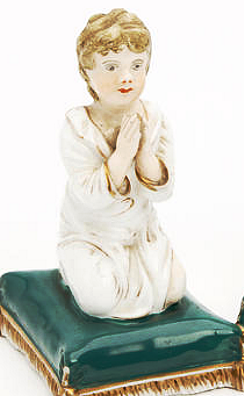 While Minton gave the child a luxurious cushion upon which to kneel, the cameo cutters of Naples, when the backgrounds are examined closely, can be seen to have placed him on a familiar shore with a well known volcano in the far distance. 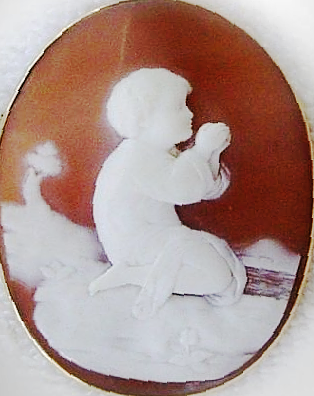 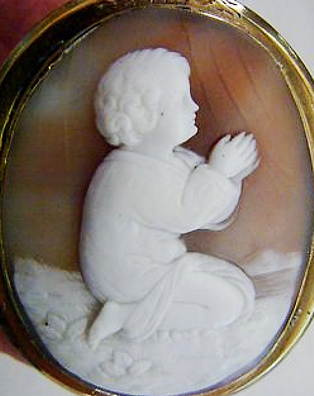 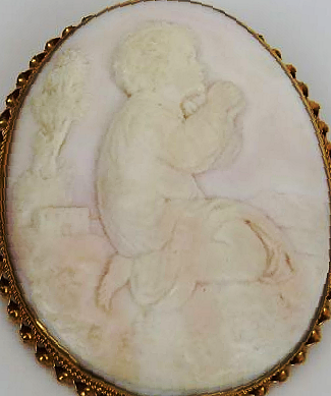 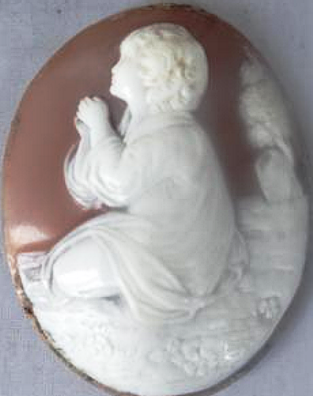