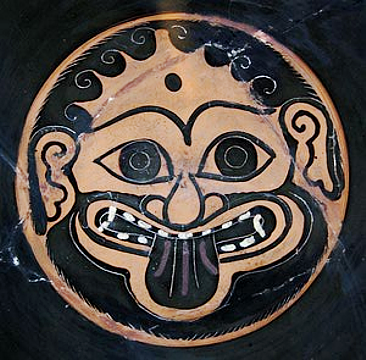 Although, strictly speaking, this well-know figure should be classified with the mortals, being the only one of the three Gorgon daughters of the primal sea gods Phorcys and Ceto who could be killed, her powers surely qualify her for more respectful treatment.

The larger story of the hero Perseus will be taken up in another article, but his most famous feat is the slaying of snake haired Medusa, whose mere glance turns to stone whatever it falls upon.  Perseus receives considerable help from Hermes (Mercury) and wise counsel from Athena, so that he is equipped with the sandals of Hermes, enabling him to fly, a cap of invisibility, an adamantine sickle, and a pouch into which to put the severed head, which does not lose its petrifying properties even in death.  His own well-polished shield, acting as a mirror, deflects the monster's gaze, allowing the young man to approach and lop off her head.  From the decapitated torso spring the winged horse Pegasus and the similar, but less well known, Chrysaor. 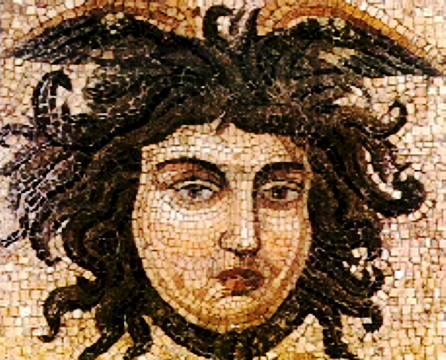 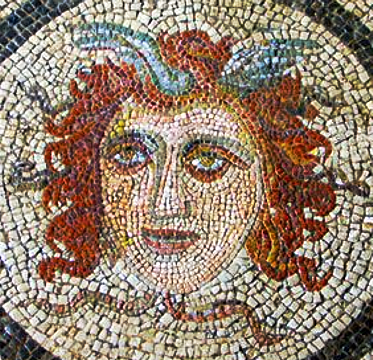 The most ancient depictions of Medusa are of horror itself, fixing the onlooker with a blood freezing stare, fang-filled mouth agape, ready to devour.  Even though flying is not among the abilities associated with her, she seems to have been assigned wings from earliest times, which became more pronounced as her image developed.  Comingling snakes and sinuous tresses of hair, along with the tying of two large snakes beneath the chin, are also ancient conventions.  In some depictions of the goddess Athena/Minerva she has braided the hair surrounding her face into two long plaits and tied them under her chin to keep them out of her way, which sometimes causes confusion with the Gorgon and her knotted serpents.

For the most part, we see her on cameos as a not unattractive young woman, seen in profile with the petrifiying gaze averted, three quarter or full face.  An ancient Greek or Roman would have no difficulty recognizing her, she has stayed so much the same. 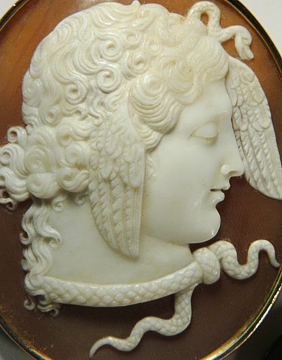 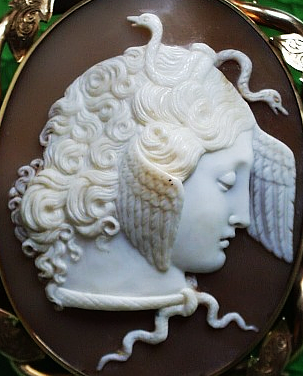 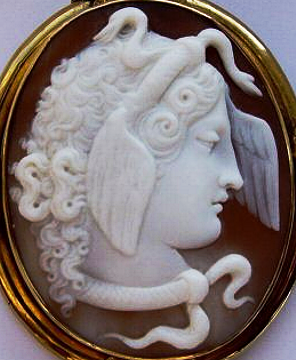 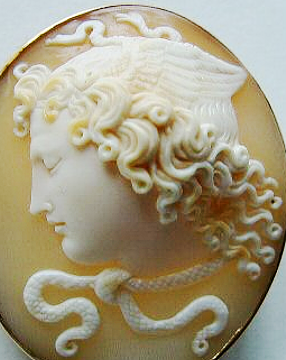 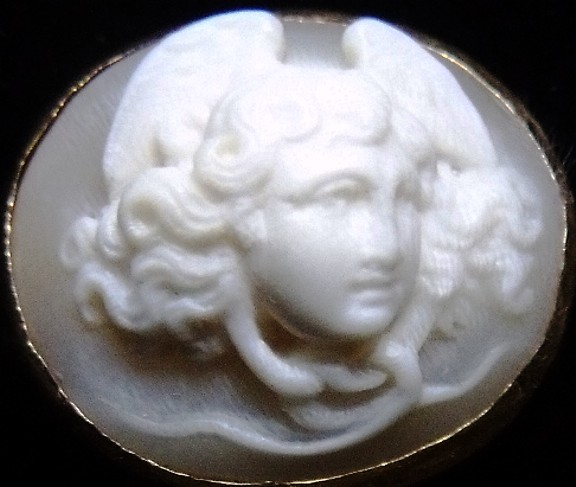 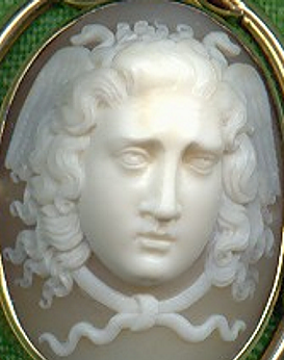 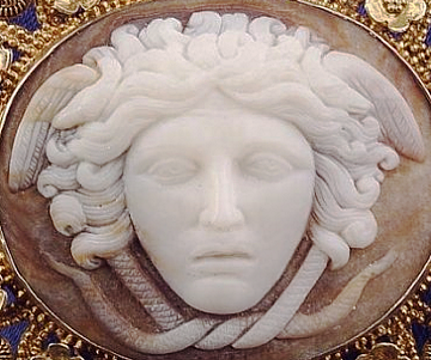 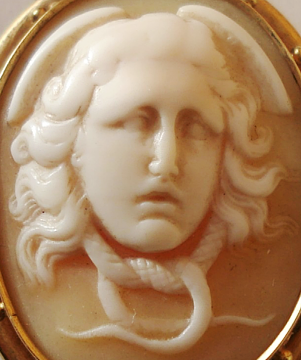 For more of Medusa's story and how her image has been used in art and architecture, see the Metropolitan Museum of Art's Timeline of Art History article on the subject.