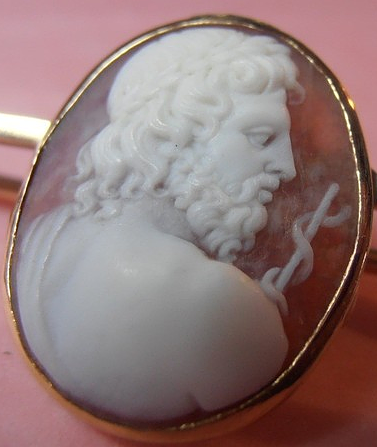 The physician Asclepius/Aesculepius was a legendary healer in his own time. His reputation was such that when the son of King Minos died, the king summoned the physician and imprisoned him, the condition of his release being the revival of the dead youth. As great as the physician’s skill was, bringing the dead back to life was beyond him and he stayed put in his confinement. One day a snake crawled into his cell. Asclepius mindlessly killed it with his staff. But then, a second snake emerged, bearing an herb in its mouth, with which it resuscitated its recently deceased companion. With the knowledge thus gained, the king’s son was restored to him, the physician went free, and a staff with a snake coiled around it became the symbol of the medical profession.  Fairly early on this staff became confused with the herald’s staff of Hermes/Mercury, the caduceus with its two ribbons, so that a staff with two snakes and wings at the top is what we usually see today as the symbol of the medical profession. 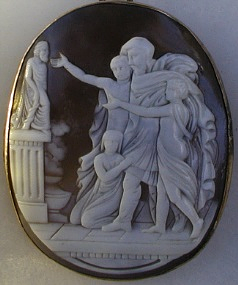 The snake-wrapped staff is a sure identifier. It makes it possible to recognize the scene in this cameo as a family appealing to the great physician to heal the man being supported, perhaps the family patriarch.

In this composition, the great physician’s staff would looks more like the club of Hercules. Whether the artist made this choice subconsciously, or quite deliberately to remind the viewer how the staff and the snake came to be acquainted, we cannot know. In Christian tradition the snake is equated with evil. However, long before – and still today in countries of the East – the snake was seen as wise, and wisdom as good. For its life saving wisdom, Asclepius and his daughter Hygeia revere the snake.

Hygeia, who personifies health, inherited her father’s attribute of the snake, sometimes also his staff, and is not infrequently shown holding herbs or with a brazier for producing salubrious smoke from burning them. Asclepius alone is not a common cameo subject; when he appears it is typically with his daughter. Here are father and daughter together, again with the Herculean looking staff. 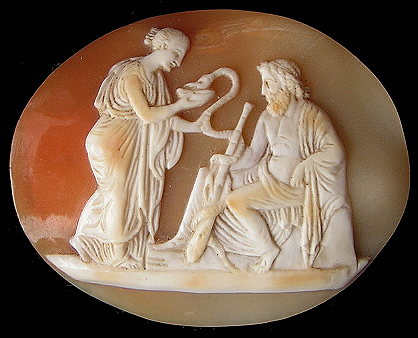 And here is Hygeia alone.  The third image shows a modern reproduction of an antique gem by German master engraver Jürgen Reinhardt done in rose quartz. 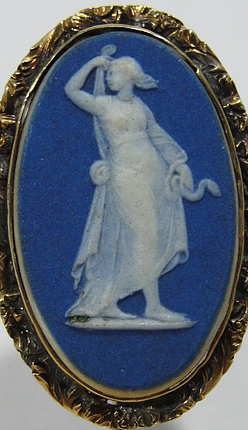 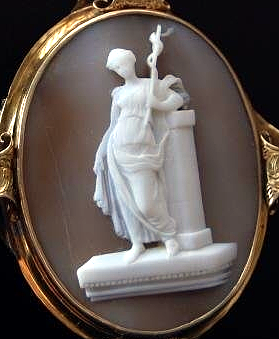 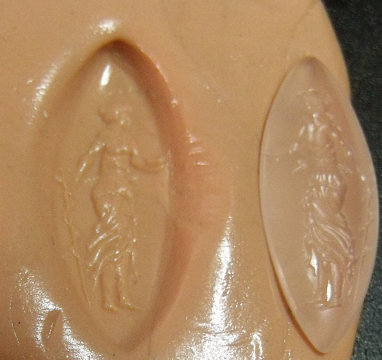 Hygeia is sometimes shown with a tripod, burning salubrious herbs in a brazier.  The Wedgwood cameo on the right has the snake entwined in the legs of the tripod. 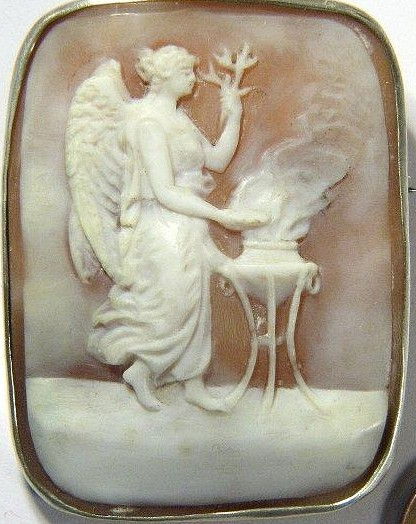 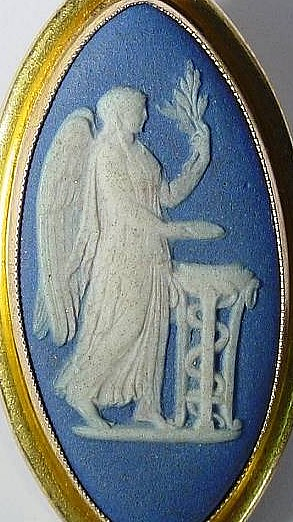 Bertel Thorvaldsen saw an association between Health and Love, as did other artists. 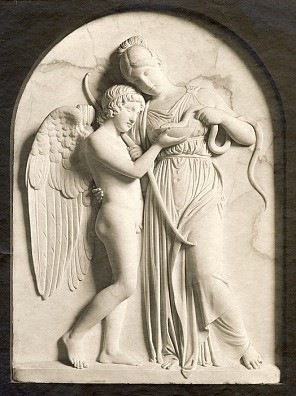 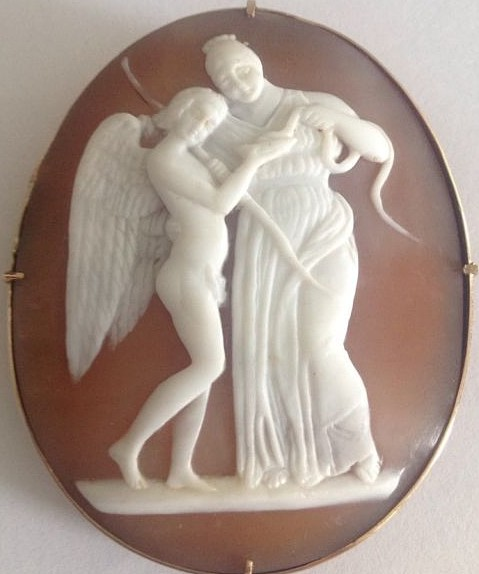 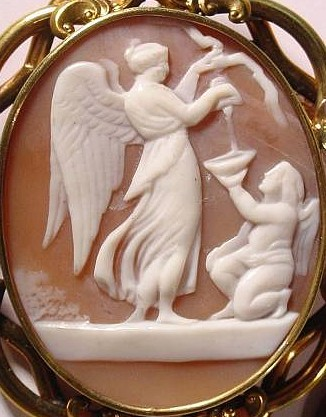 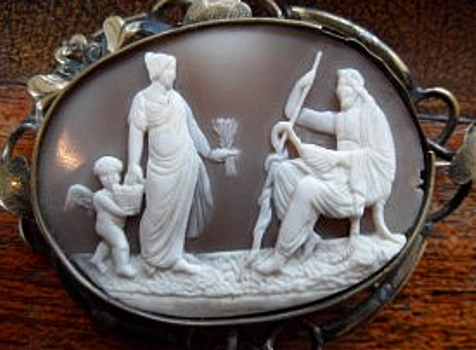 The head on the left, with a snaky squiggle below the truncation, could be Hygeia.  The carver may have compressed the imagery by moving her wings from her back to her crown, as is seen on many cameos of Nike, and fitting the snake, but not the staff, into the composition.  The identification is at best tentative.  The three figures that follow are not Hygeia and will appear more fully in other Profiles.  They are, in order, Iris, Ceres/Demeter, and Nemesis. 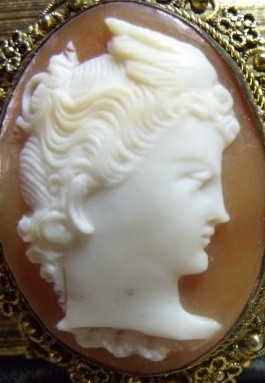 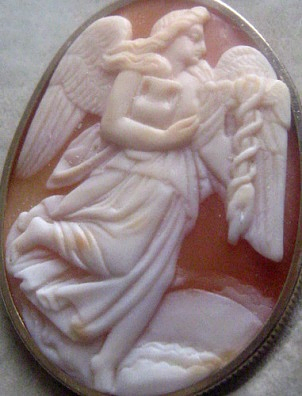 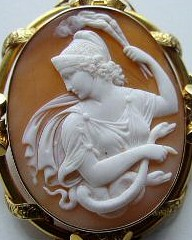