Her Roman name, Ceres, emphasizes this goddess’s responsibility for the harvest and the abundance of the earth. (Our word “cereal” comes from the same root.) To the Greeks she was Demeter, a name that probably derives simply from “mother”, indicating her role both as Earth Mother and, more particularly, as the mother whose grief at the loss of her abducted daughter (Proserpina/Persephone) plunges the world into barren cold and dark. Their reunion, and the mother’s joy in it, are said to restore the lands to warmth and fruitfulness. 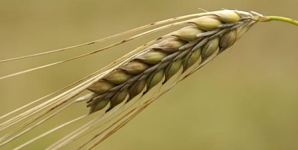 The signature attribute of Ceres is grain. Most often her head is wreathed with ripe ears on their stalks, even when wearing a diadem as well. Sometimes she has stalks of grain springing from her bosom. While it is common to refer to the grain as wheat, it is probable that it is the related grain, barley, which has the simpler braided look of the ears seen on cameos. Sometimes this is so stylized as to resemble feathers.

Ceres/Demeter is one of the easier figures to recognize reliably.  Befitting her position as a senior Olympian—she is the older sister of Jove/Zeus—she is generally styled as a matriarch. Sometimes she wears the tall polos, otherwise usually reserved for Juno/Hera.   She may wear a strand of pearls and frequently sports an occipite, the short veil of a Roman matron. Because she is in charge of all that grows from the earth, she may also be adorned with grape leaves, like a bacchante, or with flowers, like Flora, but the grain is hers alone.

Depictions of Ceres that show more than a bust are rare. 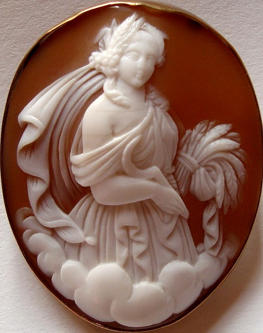 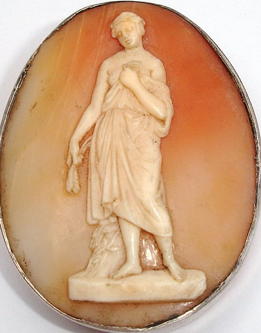 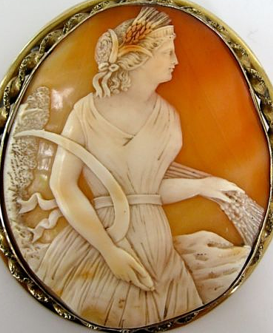 While a diadem may turn up on any goddess, besides her stalks of cereal, Ceres/Demeter has another attribute specific to her: her sickle, a crescent bladed hand tool for harvesting grain. If the carver places the sickle behind her shoulder with only the blade showing, it is easy at first sight to think the figure is Diana/Artemis, as the blade is the same shape as that goddess’s moon. But Diana does not appear with barley in her hair. The carver of the third cameo in the group below got the sickle of Ceres confused with the scythe of Saturn, another tool for reaping grain, but with a longer handle and a much larger, straighter blade, not generally wielded by women. 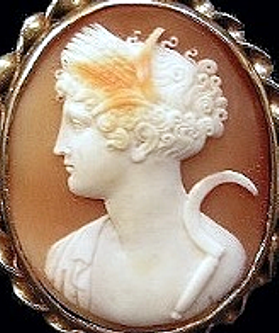 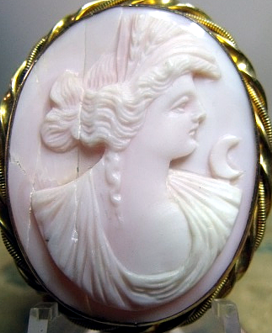 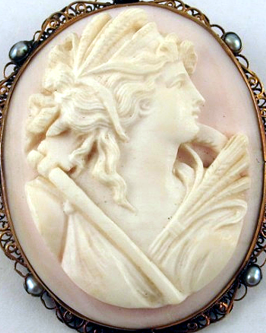 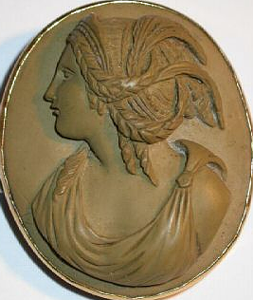 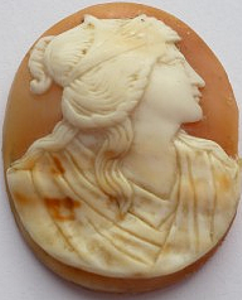 Despite their unconventional coiffures, the grain in their hair should probably place these two rather Asia Minor types in the Ceres camp as well.

Another depiction of Ceres that turns up regularly is this one of her with a sceptre, looking quite lovely in what is apparently white lava.  However, as the chip to the back reveals, under that grainy surface is smooth, shiny glass. 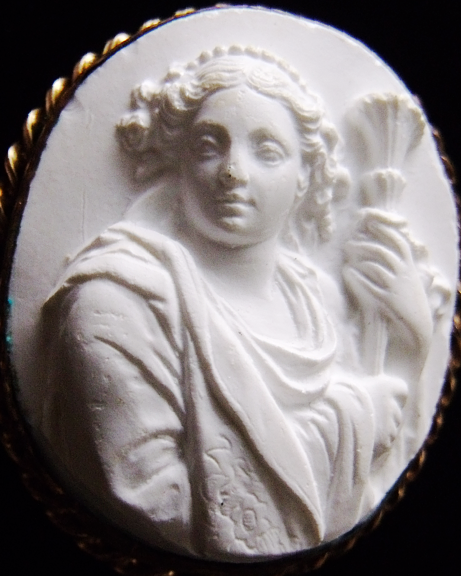 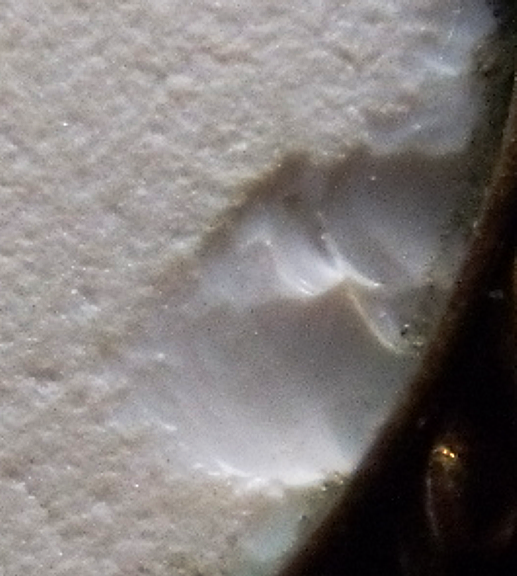 Undamaged specimens of this cameo are completely convincing as lava; their texture, weight in the hand and coolness to touch are not discernibly different from genuine lava.  But they are all absolutely identical, down to the least fold of her robe, indicating their molded origin.  The example above is set in brass, which also suggests it is not a highly valuable piece; when in a less humble surrounding these have no doubt fooled many. 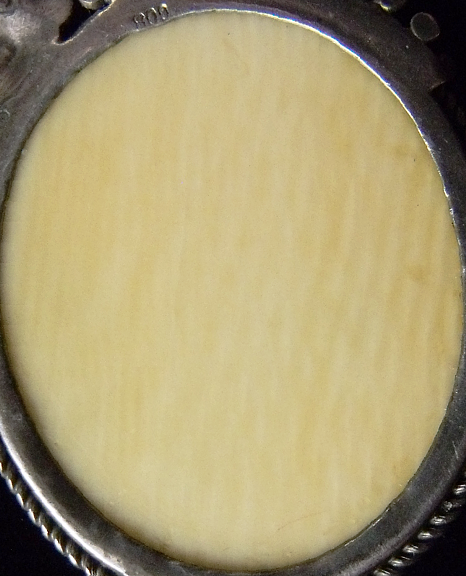 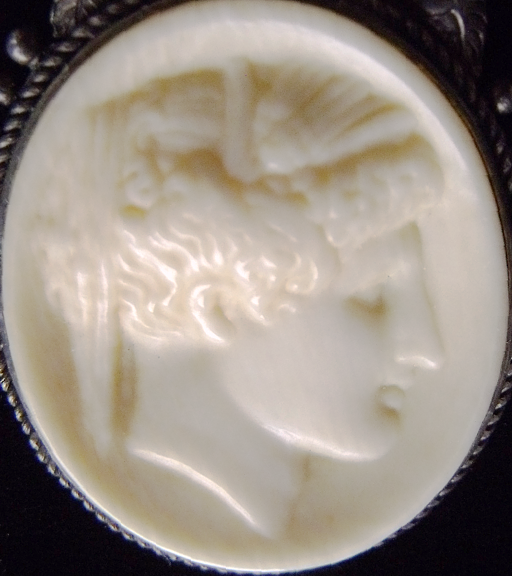 Here is another version that photographs as what it is not.  Unlike the lava glass, its true nature is immediately apparent when in the hand: it is much lighter for its size than would be either ivory or bone; when tapped with a fingernail it is evident the raised figure is hollow and the entire piece has the plastic sound of Celluloid or a similar material designed to mimic ivory.

A more complete account of Ceres/Demeter, her daughter Proserpina/Persephone, and related subjects will be available in the future.