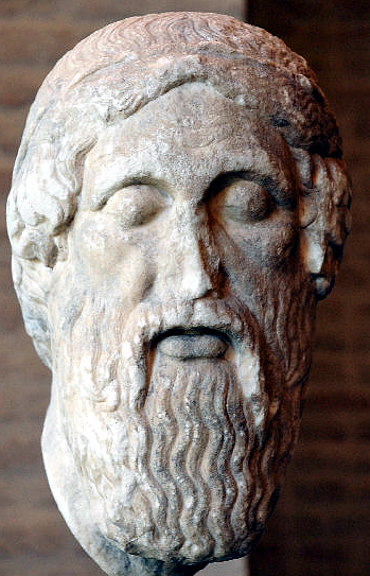 It is extending a courtesy to classify the blind Greek poet Homer among the historical figures seen on cameos; he is nearly as mythological as the gods, goddesses, and mortals who live in those works bearing his name that are still well known in our time: the Iliad, an account of the tenth and final year of the Trojan War; and the Odyssey, the adventures of Odysseus in the ten years he travels trying to return from that war to Ithaca and his beloved Penelope.  There are other works attributed to Homer, notably his Hymns, but the two epic poems have been especially influential in Western literature and art.

There can be no true portraits of someone who may in fact have been a number of different and very ancient itinerant bards, but some conventions have been established in portraying him: fairly short curly hair bound with a fillet; medium length beard with a mustache flowing into it; his sightless eyes closed or pupil-less.  The hardstone cameo by Michelini, below, closely follows the composition by Pichler shown next to it. 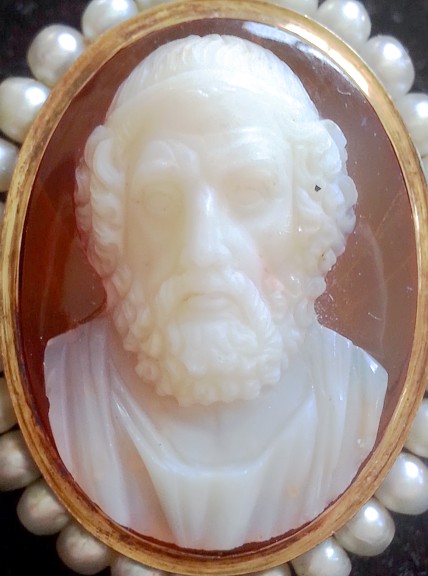 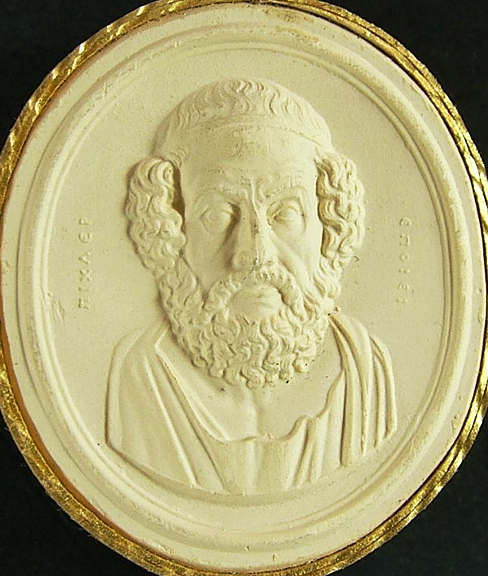 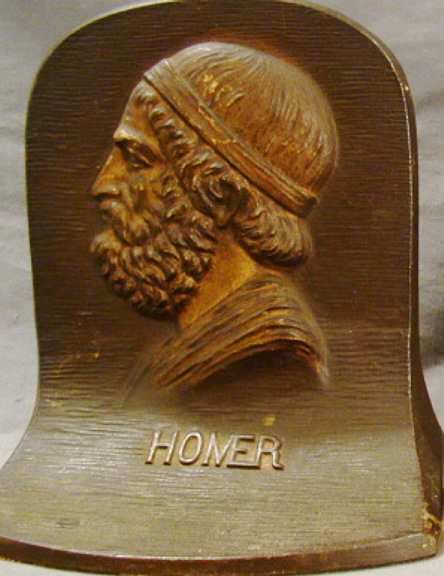 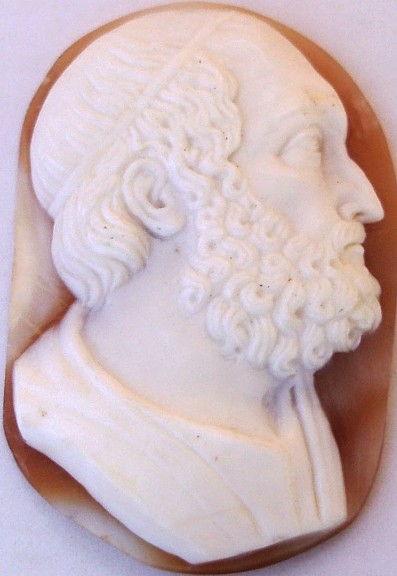 The fillet-bound hair and the curly beard identify this figure in profile as well. 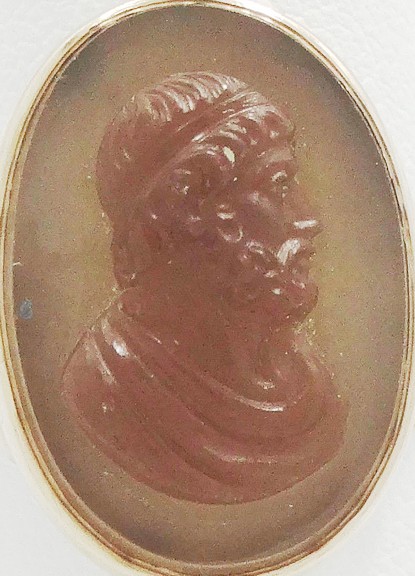 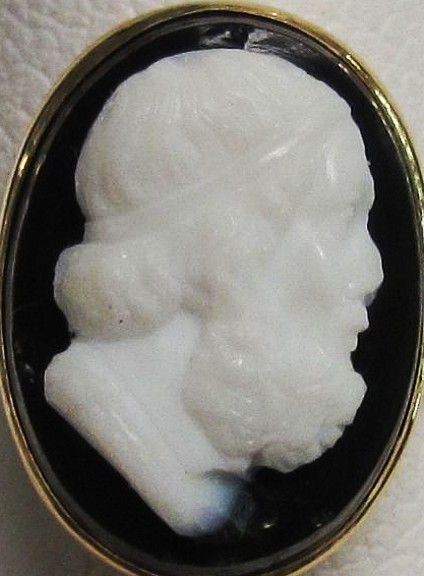 It is likely that this laureate figure is also meant to be the ancient bard. 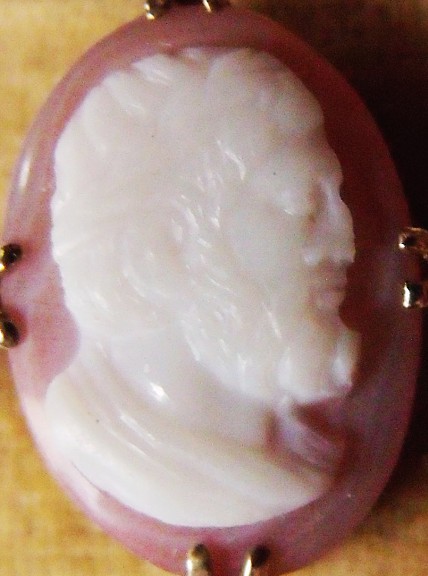 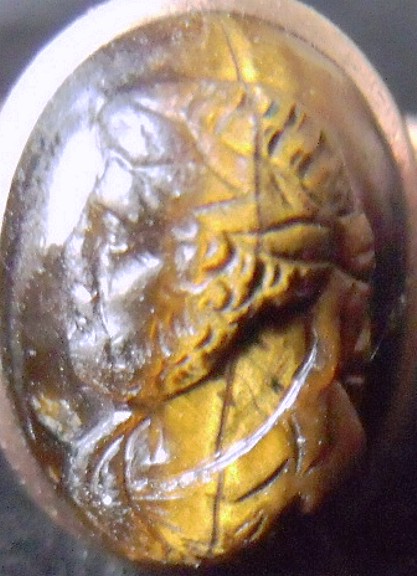 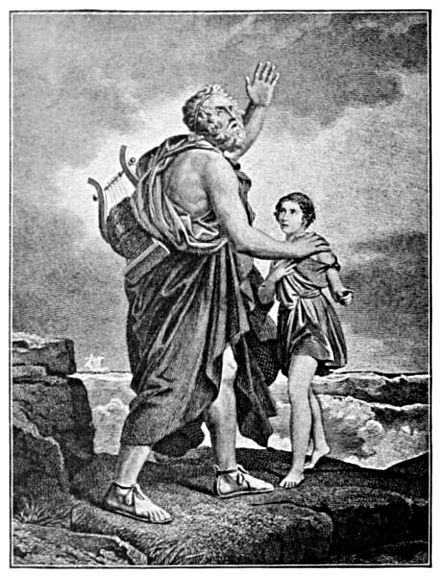 Apart from as a bust, Homer most often appears in cameo versions of a painting by the half-Italian painter François Gerard, The Blind Homer at the Edge of the Sea, depicting the aging poet in the throes of his inspiration, oblivious to the cliff's edge, hand on the shoulder of the young boy who leads him and who seems to be suggesting, respectfully, that perhaps they should go that way.  It would probably have been known to cameo cutters by way of engravings such as this.

We cannot know whether artisans always realized from monochromatic prints that in the original there is water in the background with a sailing ship in the distance to the left of the figures.  While most cameos render the figures relatively faithfully, the details of their surroundings are variable, with the water frequently eliminated.  Also, compare the position of the boy's left arm between the painting and the cameos.  The cameo medium does not make easy the depiction of features that are foreshortened in paintings, hence we see that the carvers tended to place the arm more to the side, where it could be shown in full. 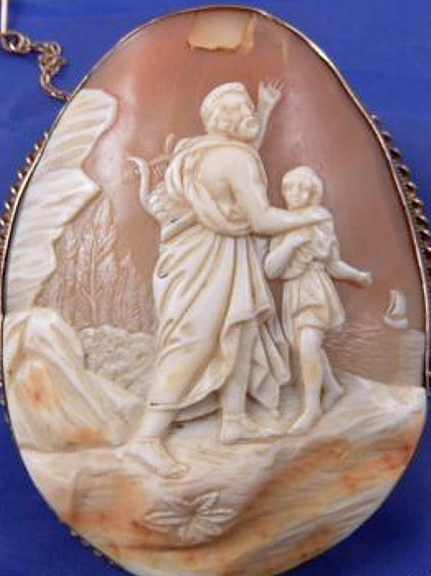 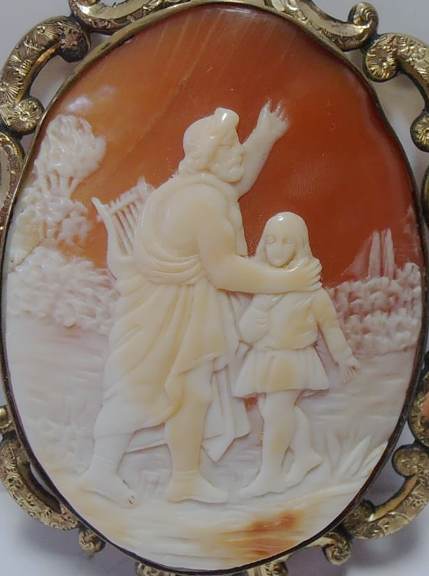 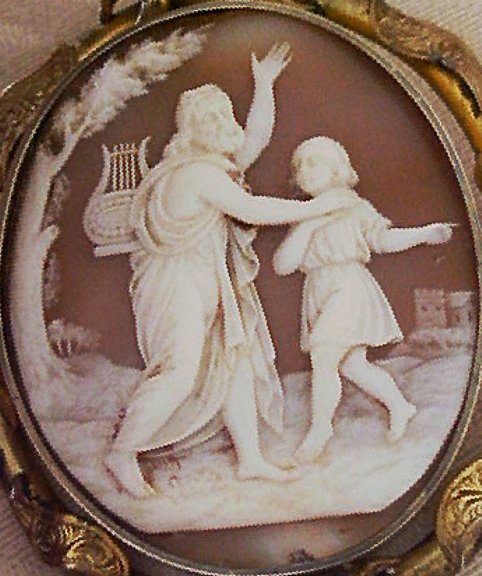 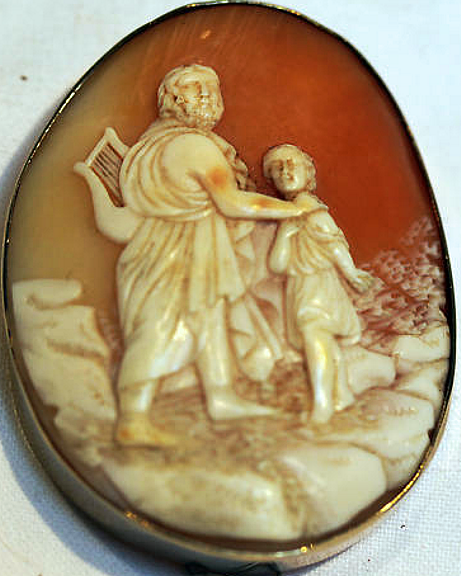 When it is not clear that the youth is trying to prevent his charge from strolling over a precipice, his position can seem odd and contrived. 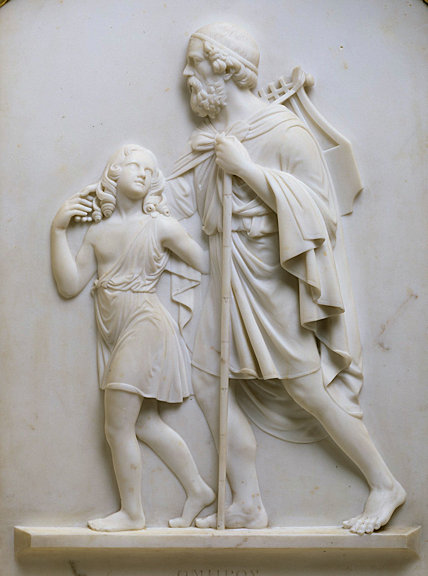 A related, although more purely allegorical, rendering of this theme is the relief by Edward Sheffield Bartholomew of Blind Homer Led by the Genius of Poetry, in the Metropolitan Museum of Art. 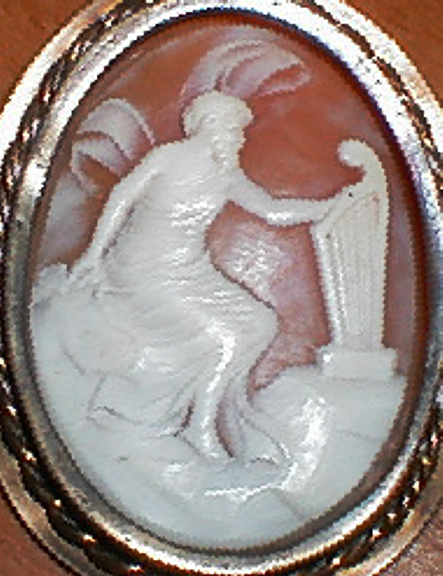 The seated figure, with a harp rather than a lyre ready to hand on the rock before him, is probably also meant to be Homer.

The seller's suggestion that the scene below depicts Moses, denied entry into the Promised Land, nonetheless being led to heaven for all his service to his God, may well be correct.  The absence of lyre or harp leaves the matter open, but another interpretation might be that this is again Homer, led now not by a boy but by his personal Genius, guiding him to ever greater heights.  If this were the apotheosis of Moses, one would expect a convoy of angels raising a figure whose feet were already off the ground and who looked a bit more eager to get to his final destination.  This earthbound fellow reaches forward, not upward.  Is his head turned away because he need not direct his eyes along the route, only to turn his ear to the promptings of his Genius? 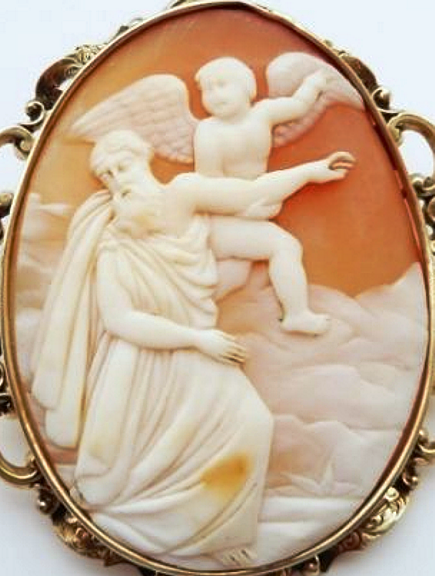