In general, artificial materials tend to be denser, more opaque and less translucent than natural materials.  However, there is so much variability, this factor may only be a minor one when assessing a cameo's material.

The great majority of cameos we see are carved in some variety of helmet shell.  The assortment shown to the left includes, starting top left: a piece of the sort often identified as oyster shell because of the greyish background, which is really the white layer ground down very thin; one with a background so thin it almost looks like shellac; one very average in color and thickness; bottom left, a piece with a very dark background of average thickness; and a piece of greater than average thickness.  Dark or light, thick or thin, all are moderately to highly translucent. 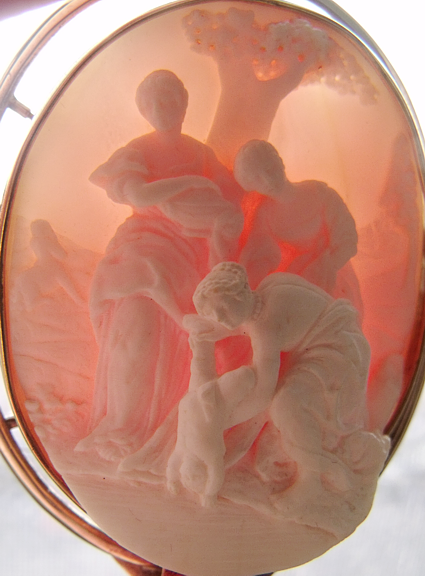 Thetis dipping the infant Achilles into the River Styx to make him invulnerable to wounds is carved in as large and thick a slab of conch shell as they come.  Still, a fair amount of light can come through. 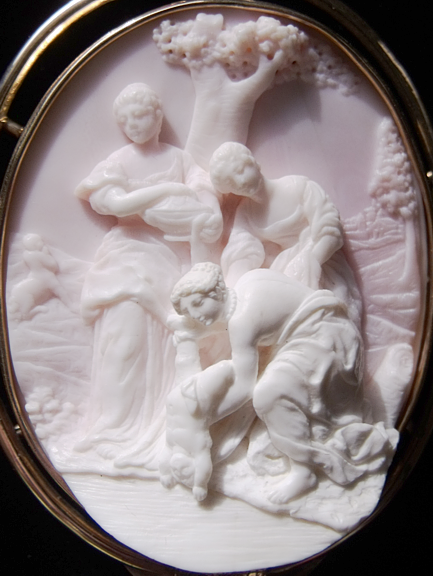 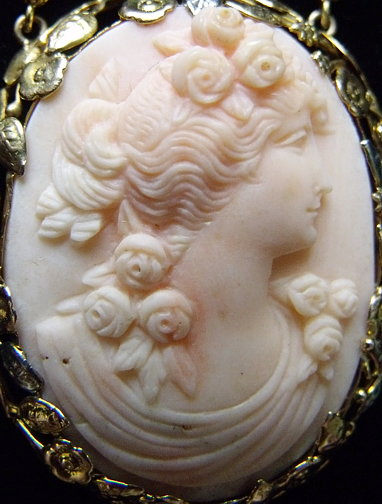 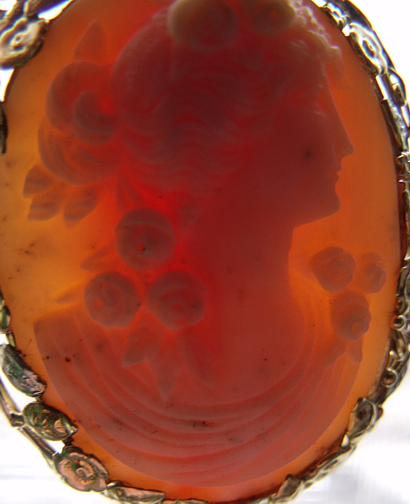 Although quite large and substantial, this piece in angel skin coral, which does not seem as though it would allow any light to pass through, does indeed exhibit some translucence when held against a moderately bright sunlit window.

Held against the same window, this coral-look resin piece is opaque.  But it is also thicker than the angel skin cameo.

Bacchus here is at least a half inch (1 cm or more) at his thinnest points.  Like his resin imitator, his thickness makes him opaque too. 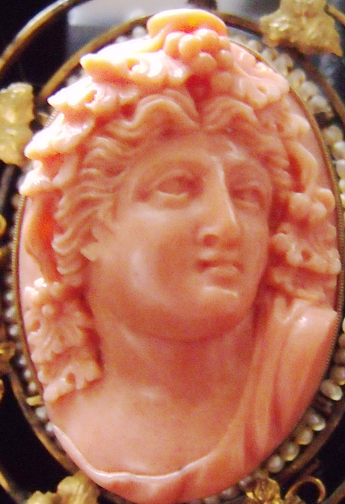 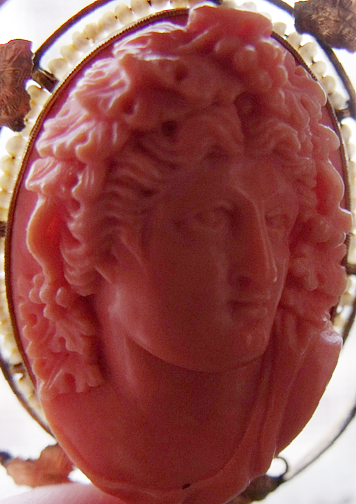 Lava and its imitators are all opaque.  The brown lava plaque of Night has quite a thin background layer, the lava glass dancer is a bit thicker, but neither allows light to pass through. 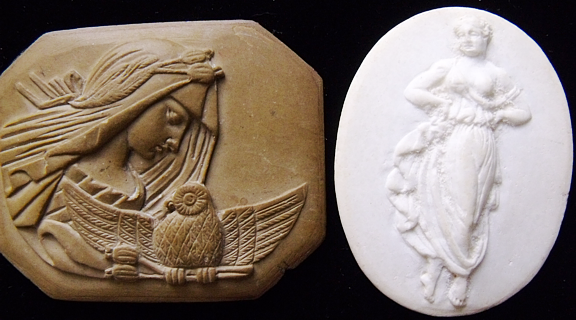 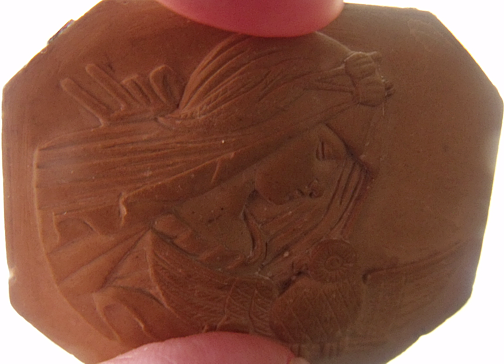